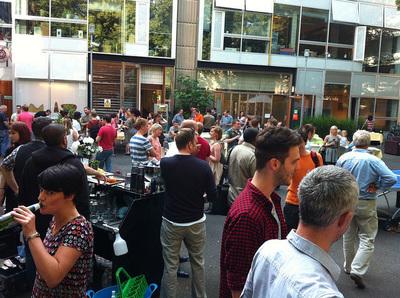 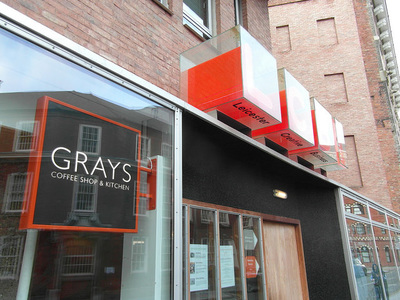 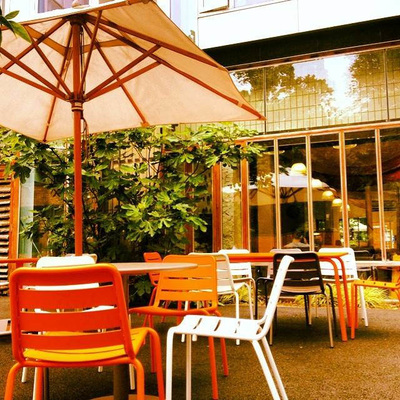 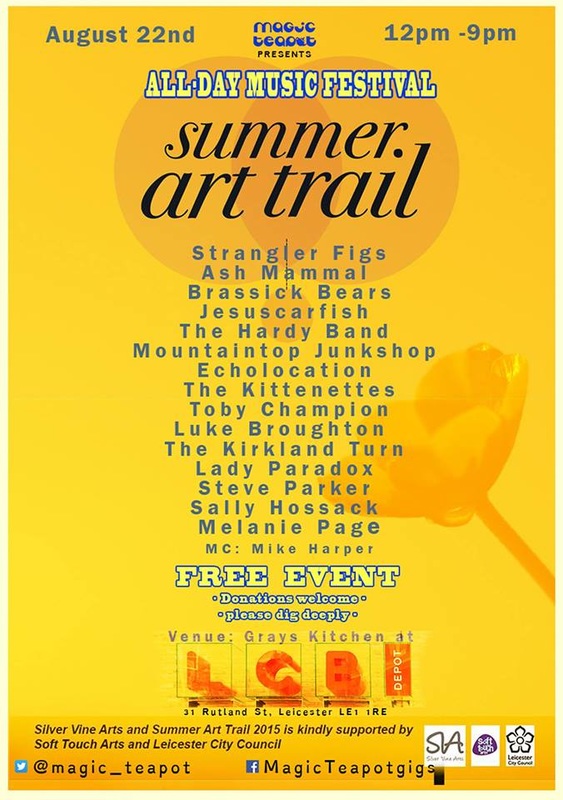 To celebrate the opening day of Summer Art Trail, Magic Teapot will present a full line-up of live music, spoken word,  pop up stalls, food and more. Taking place at The LCB Depot this line-up is just a fraction of what is on offer across the city for the Summer Art Trail. 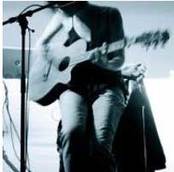 With a delicate and sensual tone and original performance style, Sally Hossack captures a world of feeling and sensitivity in her music. Her melodies and lyrics sit perfectly with her guitar style.
Influenced by the styles of Ricki Lee Jones, Goldfrapp and Aimee Mann. 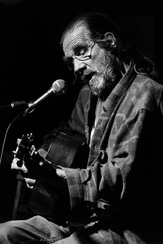 One of great names on the Leicester scene playing heartfelt and mesmeric folk. A great storyteller with touches of Nick Drake, Bert Jansch, yet presenting his own unique voice and style that makes him one not to miss!

His voice had the same nervey velvetness that I associated with Drake. That man was Steve Parker.   Sonic Breakfast
More on Steve Parker 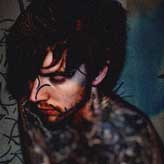 14:30 – Jinnwoo
Selected as one of the '10 faces to watch in 2015' by The Independent
"People in Leicester will tell you that if Jinnwoo had been born in America instead of the East Midlands, he would have already become a cult figure.” Brixton Buzz
Jinwoo on Soundcloud
Jinwoo on youtube

15.00- 15:15- Toby Campion
British spoken word artist, Toby Campion, is passionate about engaging audiences with poetry and co-runs the Midlands’ spoken word night, Find the Right Words. Toby performs at events and festivals across the UK & America and is a member of the Spare the Poets collective. Toby has performed at internationally acclaimed events including StAnza International Poetry Festival, BBC Main stage at Edinburgh Fringe Festival 2014, Sofar Sounds, Bestival and Lovebox. Toby placed second in the country at the UK National Poetry Slam finals 2014, was runner up at the BBC Slam Finals 2014 and Roundhouse Slam Finals 2015 and represented the UK at the Capturing Fire International Poetry Summit 2015 in Washington DC. 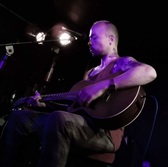 16:00 - Jesuscarfish
Leicester's very own, Jesuscarfish, have been kicking up a support act storm in recent months and it's no different when they play before Tuff Love. They clearly have an affinity with the Glaswegian sound on display but supplement it with video projections, masks and their very own brand of modish psychedelia. "Richard's bones - should have left them in the car park", they proclaim. At least half of those watching seem to concur. Sean Tizzard, Leics Mercury
Jesuscarfish on Soundcloud 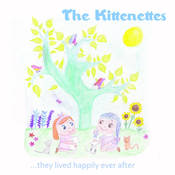 16:40 - The Kittenettes
Sometime last year, Pussyfoot was lonesome after she lost her beloved kitten Frederick. She wandered into her local pet shop in order to widen the scar she held in her heart. Everything around her reminded her of her little ball of fur. As tears started to show, the pet shop assistant enquired if she needed any help. It was Pussy Galore.
Pussyfoot told Pussy Galore of a tale of unconditional love and broken heart. For Pussy Galore, it was a revelation, she too was broken hearted, she too loved the Beach Boys, Kate (the) Bush, the Shangri-las and Roky Erickson, she too had strange habits surrounding catnip. The next day they were the Kittenettes and the rest is purring.
The Kittenettes website 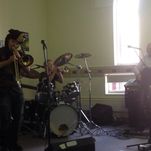 19:25 – Brassick Bears
Brassick Bears have evolved from Brass Bears keeping with the guitar/brass acoustic edge but with a punk-ska psyche and attitude to match. Father and son combination at it's core, Brassick Bears aim to provide socially conscious and sometimes dark lyrical content interspersed with up-beat sing-a-long melodies or just 'balls-to-the-wall' fury. Who knows what you are going to get?

The first Brassick Bears tunes were played out alongside the Brass Bear/Gummy Bear collaborations, but have performed as an independent act since playing Fubar and Soundhouse open mics in late 2013 and a first gig (and as a full band with Gummy Bears - Haz and Jim on board) at Cookie Jar as part of the Echolocation presents series in early November 2013. Bring on 2015 and beyond..
Brassick Bears on Soundcloud

20:05 – Ash Mammal
Ash Mammal are a dynamic, theatrical and exciting band from Leicester. Churning out varied songs that take influence from a huge range of genres. A bright blend of aggressive rock noodled with catchy guitar riffs and a dirty groove.

"An exercise in punkish unpredictability and a performance so theatrical, so full of outlandish art that it leaves your jaw in a permanent state of drop"
Ash Mammal on Soundcloud

20:45 – Strangler Figs
"When it comes to unparalleled new local bands, Strangler Figs stands out. These five talented musicians have taken the local music scene by storm, Joe Pickering on vocals, Joel Hanson on double bass, with James Lyons on drums, Freddie Pickering on keys and Rosie May Price doing vocals. Inhabiting the world of anthemic art rock, they make music of exceptional quality and inventiveness.

Listening to them play I thought of Elbow and Gogol Bordello for some reason, although Radiohead, The Pixies (which they have been known to cover) Duchamp Pilot (with whom they are associated) and Peter Gabriel might have been more apt. Stylistically they are in a class of their own; their music speaks to you, it’s enchanting, alluring and engaging and quite out of the ordinary, pushing at the boundaries of musical idioms. They evoked a strongly enthusiastic response from the audience. Exceptional.”  Music in Leicester
Strangler Figs' website
Strangler Figs on Facebook
Proudly powered by Weebly